Five-piece whimsical blues band 94 Gunships formed back in 2013 by the songwriting duo of Rob Davidson and Will Jeffery. They’ve been making waves on BBC 6 with their mixture of alt-blues rock and rasping heartfelt vocals, and we are really looking forward to seeing them perform live in July!

They’ve been described as “the soundtrack to a Quentin Tarantino film about Tom Waits’ life, set in the East Midlands”, which sounds like a treat to us! 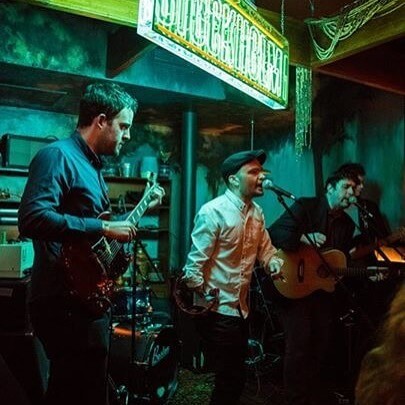 LISTEN TO 94 GUNSHIPS ON SPOTIFY