Having previously been a part of the celebrated improv comedy group called ‘The Noise Next door’ for over nine years, who clocked up an array of impressive appearances across BBC One, BBC Three, ITV1, BBC Radio 1 and BBC Radio 4, London’s Tom Houghton is now performing solo. His effortless blend of wicked gags and instantly likable charm has led to him garnering acclaim from the likes of The Sunday Times, Chortle and The List, whilst the Metro declared that Tom is “… fast becoming a stand-up that oozes class.” He also lives in the actual Tower of London! 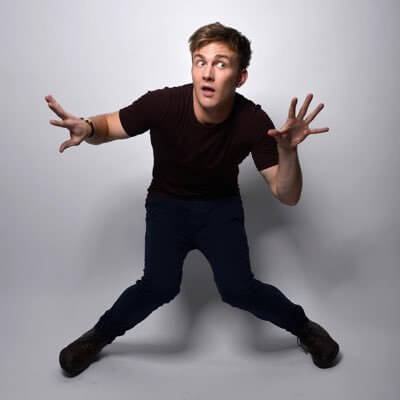