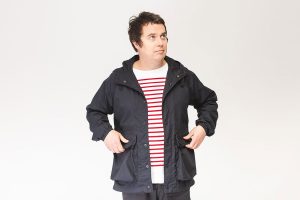 The comedy stage is back for 2021 with Funhouse Comedy! Expect plenty of fun, frolics and furious laughter with our line-up packed full of established comedians and rising stars on the comedy circuit!

Compere for the afternoon will be song writer, animator and comedian Howard Read. Best known for appearances with his animated associate; Little Howard, he will be delivering his material with appeal and modesty to keep the audiences under his charm throughout.

Widely tipped in the industry as on the brink of the big time, Scott Bennett will kick off the days proceedings. He has enjoyed accolades such as the runner up at the 2014 English Comedian Of The Year competition, Best Show Nominee at Leicester Comedy Festival 2019 and has supported both Michael McIntyre and Rob Brydon on tour. The loveable rising star enthrals the crowd with his warm and engaging delivery, who and has been busy entertaining people through the lockdown, with his ‘Stand Up From The Shed’ online show.

The only woman ever to combine comedy and magic on the UK comedy circuit, Mandy Muden has appeared on numerous TV programmes including most recently ITV’s ‘Britain’s Got Talent’, where the judges gave her a standing ovation taking her through to the semi-finals. Mandy has also appeared on ‘Celebrity Come Dine With Me’ and ‘The World’s Greatest Magic’. Her string of mad, disastrous tricks and ridiculous jokes leaves everyone in tears of laughter.

Comedian, actor, writer, BBC Radio presenter and juggler Steve Royle joins our comedy line-up, you may know him from Britain’s Got Talent after he came 3rd in the final last year. He has previously performed as a warm-up act on the Royal Variety performance and has spent many years as the court jester at Camelot theme park. He has supported Peter Kay and Dave Spikey on tour and his TV appearances include ’Phoenix Nights’, ‘Live at the Palladium’ and ‘Max & Paddy’. Amusing one and all with his high energy and distinctive talents, there’s something for everybody.

Emerging as one of the most loved female stand ups in the UK, Susan Murray will bring a set of cynicism and clever humour, building a compelling and richly funny picture of 21st century womanhood whilst drawing comparisons to Sarah Millican and Kerry Godliman.

The day will be topped off by the affable and mischievous Paul McCaffrey, who has appeared on ‘Live at The Apollo’, BBC 3’s ‘Impractical Jokers’ and ‘Russell Howard’s Good News’, as well as supporting Michael McIntyre, John Bishop and Lee Mack on tour. With his spontaneous, exuberant accounts and genuine magnetism he is sure to captivate the Splendour crowd.

Splendour Festival Returns and Adds a Second Day of Great Artists Splendour is bouncing back bigger and better than ever since its last outing three years ago with the news that it will be expanding to include a second day and adding yet more acts to the bill (23-24 July 2022).   With double the stage time, the line-up for Nottinghamshire’s biggest music festival is stacked […]
Wondering what beverages will be on offer at Splen

We are excited to have the @Kopparberguk defender

Wondering what beverages will be on offer at Splendour 2022? Check out this list of some of the beers that we’ll be featuring over the festival weekend! 🍻 https://t.co/3d19FhzgRD https://t.co/Xwi5SjCD2D

Tomorrow the @FeelTheNusic Future Sound of Nottingham 2022 Final will be taking place at @Rock_City_Notts! It's free entry, so make sure to head on down to support your favourite upcoming artists and to help us decide who should open our Splendour main stage this month! 🎉🌞🎤 https://t.co/VTBlaXl1EL